By Cid Standifer and Jon Harper

KABUL — Six U.S. servicemembers were killed Tuesday when their helicopter crashed in southern Afghanistan; one American on board survived, U.S. defense officials said.

The International Security Assistance Force did not release the names or nationalities of the casualties pending notification of their families. But in Washington, a U.S. defense official said all the victims were Americans.

The official said there was one survivor who was injured in the Black Hawk UH-60 crash. The injured survivor is an American.

Investigators have not determined the cause of the crash, but ISAF said initial reports indicated there was no enemy activity in the area.

Malik Ali Mohammad, district governor of Shahjoi district in southern Zabul province, said an aircraft crashed there at 2 p.m. Tuesday. ISAF officials would not confirm the location of the crash.

The crash brings the total number of ISAF deaths in Afghanistan to more than 150 this year, according to iCasualties.org. It marks the deadliest day for coalition forces in Afghanistan since seven Georgian soldiers were killed in a suicide bombing in Helmand province on June 6.

Afghanistan has long been known as a difficult place for pilots to navigate due to its rugged high-altitude terrain. At least 180 aircraft are reported to have crashed or been destroyed during the 12-year war, according to civil aviation safety statistics and published reports on military crashes.

Accidents caused the vast majority of the crashes, and military helicopters belonging to the NATO-led coalition accounted for most of the overall losses. Helicopters are widely used in Afghanistan as inter-theater transports due to the threat posed by roadside bombs and land mines and because the mountainous country lacks modern roads.

In April, there was a series of crashes: A civilian cargo plane crashed in eastern Afghanistan, killing seven civilians; four airmen were killed in the crash of an MC-12 twin-turboprop aircraft, also in Shahjoi district; and on April 3, an F-16 fighter-bomber crashed about 10 miles south of Bagram Air Field, killing the pilot.

In March, two helicopters crashed within a week. The pilot of an OH-58 Kiowa helicopter died when the chopper crashed in Kandahar province. A Black Hawk crashed outside Kandahar city, killing five U.S. servicemembers.

In all of those instances, the NATO-led coalition said no enemy activity was reported.

Additionally, in May a KC-135 tanker aircraft supporting operations in Afghanistan crashed in nearby Kyrgyzstan.

In February, a U.S. helicopter went down in eastern Kapisa province. Coalition officials said no one was seriously injured in that incident, for which the Taliban claimed responsibility. It, too, was under investigation.

Jon Harper reported from Washington. Josh Smith, Alex Pena and Heath Druzin contributed to this report, as did Zubair Babakarkhail and The Associated Press.

END_OF_DOCUMENT_TOKEN_TO_BE_REPLACED

One girl-soldier on my crew fought off

5 wanna-be rapists in her platoon

Killed them & did not get caught

500 mysteriously disappeared while she ranged around

Out of uniform for one month in northeast Afghanistan

After which she was promoted to Colonel

This included 3 Waziristan villages that she leveled

(Nobody knows how and, anyway, it’s just a rumor)

She was assigned to nurture an ill-conceived outpost

Deep in the mountains, so deep it scratched the back

Of Pakistan & consequently was doomed until

She got there & winked at her suddenly happy soldiers

They got so charged-up just looking at her

They paved a crumbling rock road with asphalt

For 100 miles before lunch time & without a break

Nobody but one village urchin knows where they got the asphalt

Then one freezing morning she & her sparse gear were gone

The outpost fell into an endless & bottomless depression

Suddenly they knew ~ the Colonel wasn’t gone at all

Now the soldiers at this craven location pull guard duty

With smiles on their faces & joy in their hearts

‘Cuz every so often when least expected they catch a glimpse

…They suspected that however loudly the 1-91 Cav officers may have tooted their own bugle about their counterinsurgency accomplishments, their fifteen months’ worth of effort wasn’t about to undo decades’, if not centuries’, worth of habits and traditions of self-preservation.  (p.392) 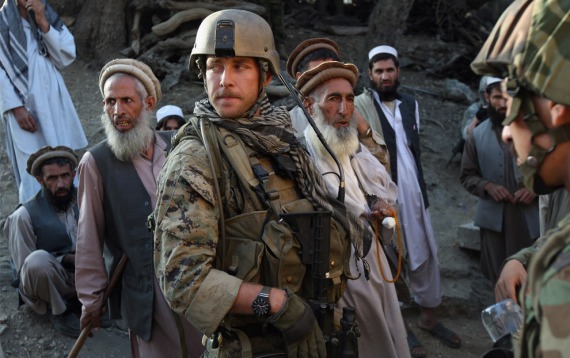 …The United States had gotten itself in the middle of a variety of blood, land, and tribal feuds, Brown believed, and the government of Afghanistan itself had very little, if any, interest in making serious efforts in that region.  The insurgency was actually gaining strength, especially in the remote rural areas of eastern Afghanistan.  (p.408) 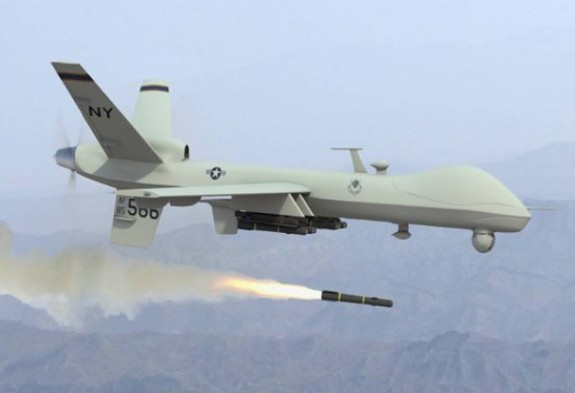 …On May 21, 2012, President Obama and the NATO allies announced that in the summer of 2013, Afghan government forces ~ ready or not ~ would take the lead on providing security throughout the country, and that U.S. combat forces would see their mission end come midnight, December 31, 2014.  (p.608)

Col. Sheena Johnson, homesick for the USA, comforted by Rawclyde!

I’ve never been to Afghanistan.  I’ll never go to Afghanistan.  When I was in the U.S. Army fer 4 years (1980-1984), they sent me to Hawaii to support support during peace time.  Hard duty.  But somebody had to do it.

A few years back, the Taliban government wouldn’t hand over Ben Laden, so our government with our military wiped them out ~ and Afghanistan became our broken nation to rebuild ~ and NATO has partnered with us.  So now we’re all in Afghanistan.  Lots of us just don’t know it.

Welcome to Afghanistan ~ one tough nut to crack.  How’s it feel, American?  How’s it feel trying to rebuild Afghanee Land on the cheap in the image of yourself?  Are you in denial?

We’re rebuilding Afghanistan in the image of ourself because its the only way we know how to rebuild a nation ~ and this particular nation is such a basket case that all we can really do is fill it with hardboiled eggs, say “Happy Easter,” and leave.  It’s taking us about twelve years.  Hopefully we can leave unlike the way we left Saigon.  We got chased out of there.  Hopefully we can leave Afghanistan somewhat more smoothly ~ maybe somewhat like we left Iraq.  We’re trying very hard ~ except for the Tea-Party Republicans in the US House of Representatives.  They shut our government down for two weeks recently.  It’s like they don’t even know we’re at war in Afghanistan.  Their shutdown of the government probably helped the Taliban & their assorted cronies kill more Americans ~ maybe like us draft-dodgers did in Vietnam.  So I guess many of us are guilty at one time or another.

I always end up having to explain ~ if I was a draft-dodger yesteryear, how is it that I was in the US Army too?  Well, I draft-dodged.  Then later I lied my way into the Army.  They knew I was lying about never having been a fugitive of the selective service system.  They wanted good liars at the time.  I’d make a good spy.

I wouldn’t go to Vietnam.  We were the aggressor.  However, the Soviet Union was the “aggressor,” incidentally in Afghanistan, when I enlisted.  I was also unemployed and needed a job.  I was 30 years old.  1980.  I was a crazy boy.  I still am at 63.

My older brother, Dill, hates reading about this worse than I hate writing about it.  He volunteered, US Army, went to Vietnam.  He was a helicopter mechanic & crew-chief at Pleiku & came back a silent sergeant ~ became an airline mechanic and in due time retired ~ a regular guy ~ married twice ~ two sons.  And our family is proud of him.

About two weeks after he got home from the Vietnam War, I showed him an article in Time Magazine about Pleiku getting run over in the TET Offensive.  He barely missed a big boom boom.  He didn’t say anything.  He just read the paragraph & quietly became a right winger.  I became a left winger.  And the eagle happily flutters its wings as it swoops across the canyon.

My little brother is an artist.  My big sister was a holistic masseuse.  Now she is an old lady.  We’re all getting pretty old now.

The theme of Old Timer Chronicle II has something to do with, obviously, Afghanistan.  The reason for this is ~ I have a TV now but Afghanistan is rarely mentioned on the news.  It’s not mentioned too often in newspapers either lately.  Yet we still have people there in harm’s way.  So, kind of like a newspaper editor, I’m kind of covering the war until we leave there, hopefully as scheduled come November, 2014.

After all, the US Army is the only entity that ever really payed me to write.  They made me a journalist for a while. 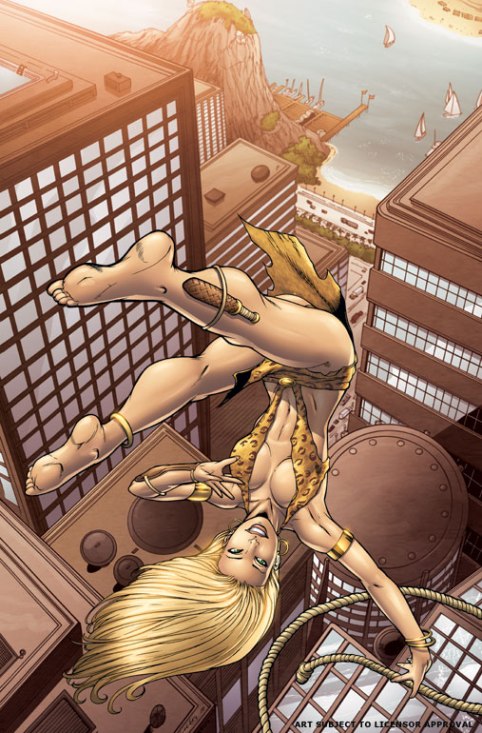 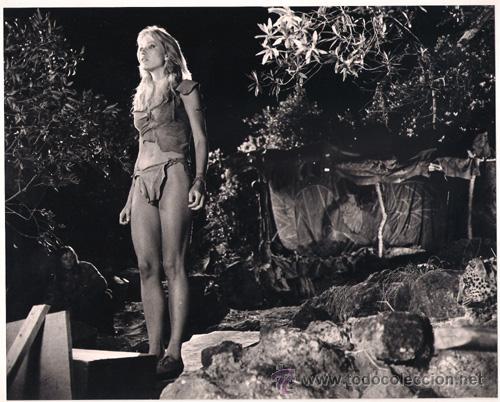 Col. Johnson reads to you from

One of the elders from the Mandigal shura, an ancient man with a thick white beard, had been staring right into Tucker’s eyes as he spoke.  Tucker could feel his simmering glare; the old man was looking at him with an expression that seemed to him to be saying, Look at this stupid fucking kid yelling at us.  The twenty-four-year-old lieutenant could only imagine the war and poverty that had marked this man’s life, only guess how little he must care about being barked at by some young pup in yet another occupier’s foreign tongue.

“We’re here for only a short time,” Tucker said, “Then we’re going to return to America, where we have happy lives ~ where our roads are paved, our children go to school, and our police protect us.  You, however, will continue to struggle with violence, as will your children and their children.  If you want to make a difference, let us know.  We’re here to help.”

The Americans left Urmul and returned to the outpost… 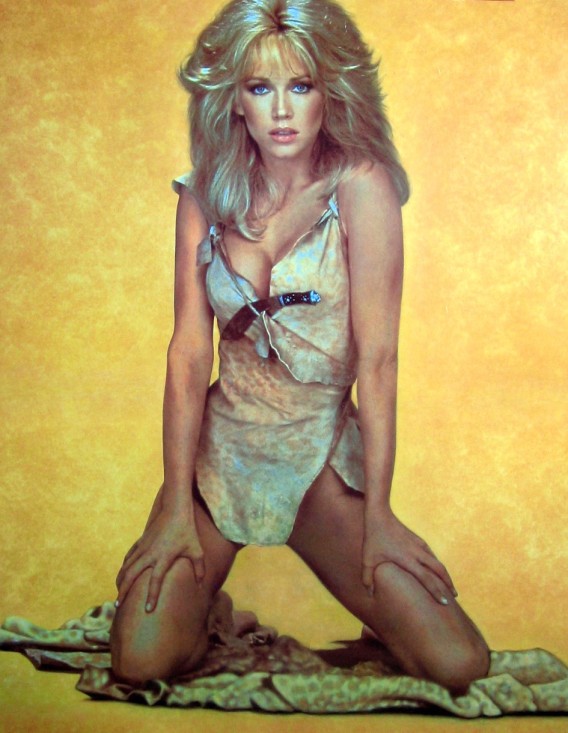