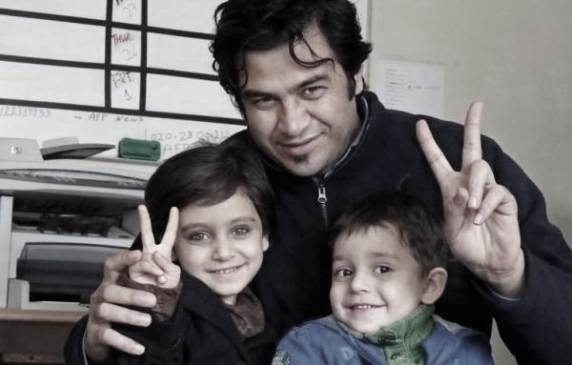 KABUL – An Afghan reporter and his family, killed in last week’s attack on a luxury hotel here, were laid to rest in Kabul on Sunday. His relatives asked the government to stop addressing Taliban as brothers.  Sardar Ahmad, his wife and their two children were shot dead in the Taliban attack on Serena Hotel. Nine people, including foreigners, were killed in the assault.

Funeral prayers for Sardar and his family were held after their bodies were taken from the Sardar Daud Khan Hospital to their residence in the Shahr-i-Naw neighbourhood of Kabul. Hundreds of journalists, civil society activists and lawmakers attended the prayers at the Eidgah Masque. The AFP reporter and three of his family members were laid to rest in Qala-i-Zaman Khan locality.

Sardar’s nephew Toraj criticised the government’s policy that encouraged the Taliban who kill innocent people. “President Karzai calls the Taliban his brothers, which has led to increased attacks on innocent people; he should not call them brothers.”… (Pajhwok)